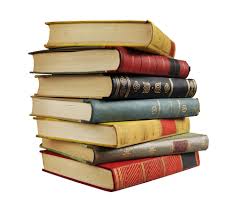 Join us upstairs at City Hall for a great book discussion

Copies of the books will be available for checkout at the Library.