POV (a cinema term for “point of view”) is television’s longest-running showcase for independent non-fiction films. POV premieres 14-16 of the best, boldest and most innovative programs every year on PBS. Since 1988, POV has presented over 500 films to public television audiences across the country. POV films are known for their intimacy, their unforgettable storytelling and their timeliness, putting a human face on contemporary social issues.

The Van Horn Public Library is happy to partner with Olde Pine Theatre to bring POV to Pine Island. All screenings begin at 7:00PM and are FREE to the public.

UPDATE: This film will be shown at the Pine Island Senior Center instead of the Olde Pine Theatre. 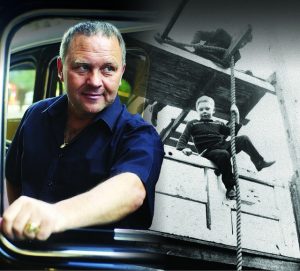 What Becomes of the Dreams of Children? Acclaimed Director Michael Apted Returns With

In 1964, director Michael Apted (Coal Miner’s Daughter, Gorky Park, Gorillas in the Mist) was a young researcher on the experimental documentary series World in Action for a program called Seven Up!, produced for England’s Granada Television. Taking its cue from the Jesuit maxim “Give me the child until he is seven and I will give you the man,” the film focused on 7-year-olds from diverse socio-economic backgrounds. By asking 14 children about their lives and their hopes and fears for the future, the filmmakers aimed to explore contemporary English attitudes, especially regarding the class system, as expressed by children. And by following the youngsters as they progressed through life, the Up series looked to test the strength of that system and the truth of the Jesuit saying. Was the adult already visible in the 7-year-old?

After Seven Up!, Apted took the series’ directorial helm, and over the half-century since, he has returned every seven years to ask the same subjects to talk about how they see their lives. The result has been a unique, inspired and always-surprising chronicle of lives-in-the-making. In 56 Up, Apted finds the “kids” have mostly weathered the marital, parental and career tumults of middle age with remarkable aplomb, even as they begin facing the challenges of aging, illness and economic crises.

Winner, 2013 George Foster Peabody Award for the ‘Up’ series.

June 14: Thank you for Playing, a film by David Osit and Malika Zouhali-Worrall. 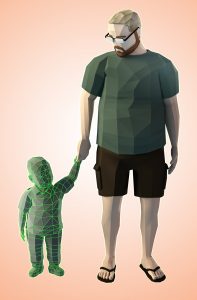 For 18 months, award-winning filmmakers David Osit and Malika Zouhali-Worrall followed Ryan as he created a game called “That Dragon, Cancer,” recruiting his wife and sons into the process of documenting their daily life in Loveland, Colo., for this unusual work of art. Combining footage from both Ryan’s real and animated worlds, Thank You for Playing is a thought-provoking portrait of one family’s determination to respond to an impending tragedy through artistic expression. The film challenges the stereotypical view of video games as superficial or violent, revealing a new movement within the gaming world to create projects that document profound human experiences.

The film also tells a deeply moving love story of a husband and wife helping to keep each other afloat in the midst of a familial crisis by creating something entirely new together. The video game becomes a poetic exploration of a father’s relationship with his son, an interactive painting and a vivid window into the minds of grieving parents.

For filmmakers David Osit and Malika Zouhali-Worrall, Thank You for Playing is an opportunity to challenge people to reexamine their own assumptions about bereavement, technology and video games. “We wanted to transcend the simple narrative of a family dealing with cancer, and instead examine the ways we handle grief, and the beauty and hope that can be found in art,” they say. “We saw how many people were profoundly moved by Ryan’s game, and how playing it often facilitated more, rather than less, social interaction. The fact that a video game was capable of awakening this sort of empathy astounded us, and we soon realized that Ryan isn’t only a developer, he’s also an artist — and programming is his paintbrush.”

A co-production of American Documentary | POV and ITVS. Official Selection of the 2015 Tribeca Film Festival. 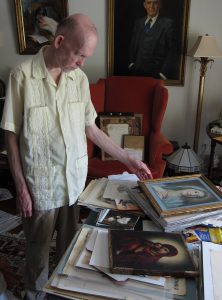 Mark Landis could be described as a genuine work of art. His Southern accent and genteel manner recall Truman Capote at his grandest. Landis occasionally masquerades as a priest, sips brandy from a Phillips’ Milk of Magnesia bottle and has dedicated much of his life’s work to a nonexistent sister.

Directors Sam Cullman (co-director of the Oscar&reg-nominated If a Tree Falls) and Jennifer Grausman (Emmy&reg-nominated Pressure Cooker) and co-director Mark Becker (Independent Spirit-nominated Rom´ntico) tell the story of an enigmatic, vastly talented and sometimes troubled man who, through hard work, perseverance and almost majestic chutzpah, fooled the art world for nearly a third of a century.

Unlike most art forgers, Landis was never in it for the money. He gave away his forgeries. One of his primary motivations, however, was universal: he wanted acceptance and respect. Art and Craft will likely earn him both, and perhaps confer cult status on the mild-mannered 59-year-old. 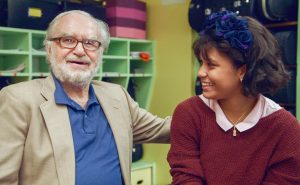 In the Oscar®-nominated Joe’s Violin, a donated musical instrument forges an improbable friendship between 91-year-old Holocaust survivor Joe Feingold and 12-year-old Bronx schoolgirl Brianna Perez, proving that the power of music can bring light into the darkest of times, and that a small act can have a significant impact.

Violins of Hope, a film by Lance K. Shultz. A WVIZ/PBS ideastream Production. 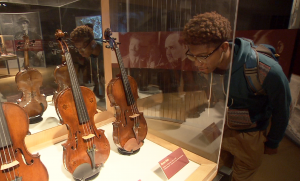 Violins of Hope: Strings of the Holocaust, narrated by Academy Award-winner Adrien Brody, is a documentary featuring Israeli violinmaker Amnon Weinstein and his efforts to restore violins recovered from the Holocaust. Some were played by Jewish prisoners in concentration camps; others belonged to the Klezmer musical culture, which was all but destroyed by the Nazis.

These events are a collaboration with POV, the award-winning independent non-fiction film series on PBS www.pbs.org/pov.