One Town, One Title Book Club Event at Better Brew

On WEDNESDAY, FEBRUARY 8TH the monthly Van Horn Book Club will be held at 6:00pm at Better Brew Coffeehouse, 301 N. Main St. As always, everyone is welcome to join the group for a cuppa and an informal chat about the book and the issues it brings up about family, loyalty and coping with loss.
ABOUT “The Barn”: Ben is away at school when his father mysteriously falls ill in the spring of 1855. With no adults to help, he and his brother and sister must take over the family farm in Oregon Territory’s rugged Willamette Valley. Despite his siblings’ doubts, Ben is determined to build the barn Father had planned, in the hope of waking him from his silent, frozen state. But will it be enough?
This short beautiful story will delight the entire family.
Avi’s work spans nearly every genre and has received nearly every major prize, including the Newbery Medal for CRISPIN: THE CROSS OF LEAD and Newbery Honors for NOTHING BUT THE TRUTH and THE TRUE CONFESSIONS OF CHARLOTTE DOYLE. 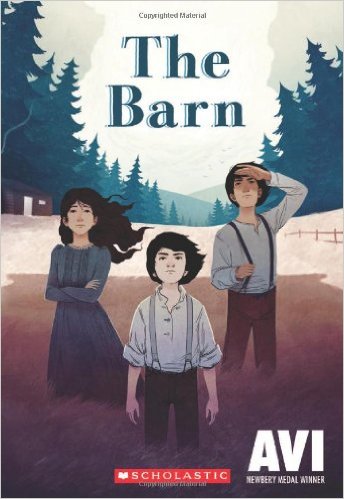