Join your neighbors in reading:

Voices in the Stones
by Kent Nerburn

Free copies of Voices in the Stones available at the Van Horn Public Library, Better Brew Coffeehouse, and Pine Island Bank from March 12-April 12 or while supplies last.

One Town, One Title Events:

In Tribal Justice, a film by Anne Makepeace, two Native American judges reach back to traditional concepts of justice in order to reduce incarceration rates, foster greater safety for their communities and create a more positive future for youth. By addressing the root causes of crime, they are modeling restorative systems that are working. Mainstream courts across the country begin to take notice. A co-production of Vision Maker Media and American Documentary | POV.

After the 90 minute video we will have a brief mediated conversation about the program and issues and topics covered in the film.

Check out POV’s website for more information and a trailer.

This event is a collaboration with POV, the award-winning independent nonfiction film series on PBS. (www.pbs.org/pov).

Book Discussion: Voices in the Stones

Join our book club discussion as we talk about our One Town One Title selection. 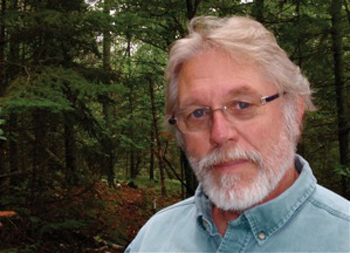 He has been called “One of America’s living spiritual teachers” by the prestigious Spirituality and Practice website/magazine, and has been praised by Harper Collins publishers as “one of the few American writers who can respectfully bridge the gap between Native and non-Native cultures.”

Nerburn is widely sought after as a lecturer and has spoken at universities and tribal colleges across the country. His commentaries on the Red Lake shootings were published in newspapers from New York to the Bay Area and were broadcast on NPR affiliates, as well as through the Pacific News Service. He has appeared on C-Span and The History Channel. His works are published in English and foreign language editions in over a dozen countries around the world.

Nerburn lives in northern Minnesota with his wife, journalist and educator Louise Mengelkoch.

Kent Nerburn will be discussing our One Town One Title Selection, Voices in the Stones.